What are you looking for?

by Willy Musgrave on February 19, 2021 in Uncategorized
MRC Slot Car News
The results are in for round #2 of the MRC Spring Challenge and it was a barn burner. 3 out of 4 races were won by 1 lap. For the first time MRC raced on 2 different tracks to mix it up a bit. Ben made it his day by taking the win in Super Stock & modified. Willy took the win in Hardbody & NEO.
Hard Body was the first race of the day on the new Viper Intimidator track, its a 14′ x 5′ track. We found out why its called the intimidator. Every heat race was a battle, as it went down to the last heat race. Willy ended up taking the top spot with 201 laps over Ben who came up 1 lap short finishing with 200 total laps. Joe was in the hunt to finish up in 3rd with 198 total laps. Billy kept it close finishing in 4th with 191 total laps.
Super Stock class took to the track as one of the premiere classes with championship trophies on the line. It did not disappoint, Ben jumped out to an early lead on the red lane and that was the difference in the end. Ben took a dominating win with 231 laps. Willy kept it close finishing in 2nd place with 227 laps. Ron put in one of his best races rounding out the top 3 with 207 laps. Joe was there at times but got bit by the Viper Intimidator track layout finishing in 4th with 198 laps.
For the modified race the racers would switch over to the Viper Game Changer track, 20’ x 4’. For most of the year Willy has been the man to beat and today someone would get that chance as Willy had a major car issue in his first heat race that would see him 17 laps down. It was a battle royal between Ben, Joe, & Ron. Ben took a nail bitter win with 218 laps over Joes 217 laps. Ron kept it close finishing in 3rd with 212 laps. Billy rounded out the top 4 with 209 laps.
Like I have said before the NEO class is a fast class, its a open class. You build what you want and race it. Not to many rules. That’s good and that can be bad. To win you first must finish. Willy again took control early on and set a pace that few could handle. But in heat 3 Willy had an issue and lost around 10 laps. It went down to the last heat race between Joe who was leading the race now. When it was over Willy took the win by one lap with 238 laps over Joe who ended up with 237 laps. Ben finished in 3rd with 228 laps but also had similar problems that Willy did.
After it was all said and done Ben stepped it up and put the hammer down to make a push for the championship.
The next race we will see MRC mix it up and run 2 tracks again.
Round #3 ‪February 27th‬
The tracks are open for practice just about everyday, MRC has a great selection of slot cars, parts and controllers.
Call or stop by if you have any questions.
‪951-314-4595‬ 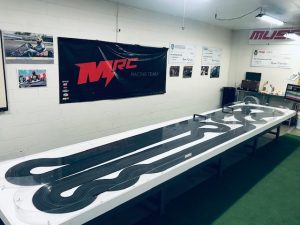 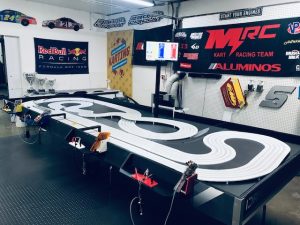 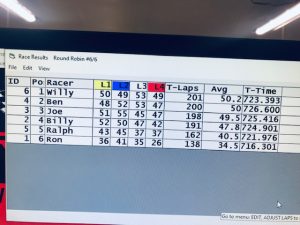 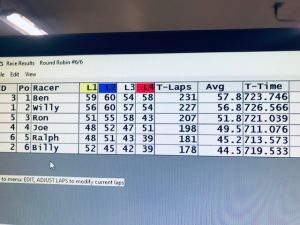 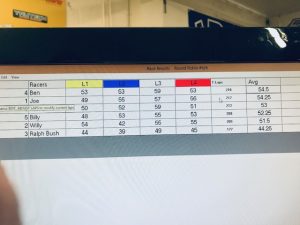 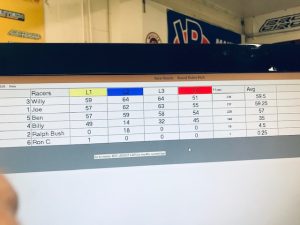